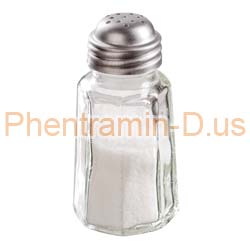 Everyone wants to know the best ways to avoid weight gain, but many of them don’t realize that a high sodium diet can actually contribute to the number on the scale going up.

To learn more about weight gain caused by a high sodium diet, continue reading. Then, take steps to reduce your sodium intake, if needed, in order to find it easier to slim down to a healthier weight.

There are a lot of misunderstandings when it comes to the issue of high sodium and its connection with weight gain. Sodium has been given a very bad name when it has not deserved as bad a reputation as it has received.

The fact of the matter is that sodium, to a certain amount, is necessary in order for your body to be able to run properly and to survive. The key is making sure that you are getting the right amount of sodium instead of consuming too little or too much. Reading food labels will help you to get to know which foods are higher and which ones are lower in sodium.

Keep in Mind That Your Body Needs Some Sodium

Sodium is used by the body in order to allow for proper water balance in the body and contributes to other crucial body functions. The bloodstream always needs a certain amount of sodium in it to allow the body to remain healthy and run properly. Having no sodium at all in a person’s diet can be extremely harmful to a person’s health and can even result in death.

But, you don’t want to go overboard. According to Scientific American, a high sodium diet may be linked to higher amounts of body fat, especially in your middle. Yikes! Experts believe that this might have something to do with the fact that a lot of the salty foods that people crave are also high in calories. Plus, it’s easy to become addicted to salty treats to the point that you eat too many of them, and end up consuming too many calories as a result.

Know How Much Sodium You Need

A person should receive at least five hundred milligrams of sodium every day. By using this number and comparing it to the food nutrition labels, you should be able to get a good idea as to where your current daily sodium intake stands. By reading food labels, you’ll also get to know which foods are causing your sodium intake to skyrocket.

Typically, processed and canned foods are the worst offenders in this sense. These comparisons will also help to show you that many foods that are reputed for having high sodium levels – such as sodas – don’t actually have as much as you might think. In fact, soda has a very low amount of soda (sugar on the other hand…). This being said, foods such as breads and baked goods use baking soda (sodium bicarbonate) in order to encourage them to rise and therefore contain a surprising amount of sodium.

Your daily sodium intake should not exceed 2400 milligrams every day. This is because with the typical amount of fluid that is consumed by a person every day, there is not enough liquid being flushed through the system to absorb and remove all of the salt from the kidneys. This can cause a fluid imbalance or even organ damage. This is one of the reasons that salt makes us thirsty – because the body is trying to encourage you to take in enough liquid to flush out the additional minerals.

When too much salt is taken in, water retention is among the first signs. This means bloating and weight gain – up to five pounds in water alone! If you find yourself retaining water, speak to your doctor about the sodium in your diet and see if it is something that should be reduced.

How to Avoid a High Sodium Diet

To avoid or overcome a high sodium diet that can cause weight gain, try the following:

You Can Do It!

For a lot of people, getting off a high sodium diet can be extremely difficult. But, it will be worth it because, if you can get yourself on track, you can avoid unwanted weight gain, and avoid the health problems that come from consuming too much salt on a daily basis.