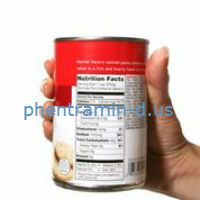 Keeping healthy sodium levels is important for overall health, but especially important for those seeking to lose weight. The recommended daily intake for sodium is less than 2,300 mg per day according to the Dietary Guidelines for Americans. Unfortunately, prepackaged meals such as those in your freezer section at the grocery store are dangerously high in sodium. Some meals even contain more sodium in a single sitting than you should consume all day long.

Some foods are particularly terrible when it comes to maintaining healthy sodium levels. These foods include canned soup, bagged chips, frozen pizzas, sliced meats, bacon, fast food, prepared frozen dinners and condiments like soy sauce and ketchup. In fact, consuming just two tablespoons of soy sauce has a whopping 2,000 mg of sodium alone. Many people don’t realize how much sodium they are putting on their foods as well. Just one teaspoon of salt provides 2325 mg of sodium.

Here are some examples of sodium contents in foods:

It’s no wonder the average American eats well above their recommended sodium levels each day. Avoiding this dilemma during weight loss will help you shed that water weight and see results more quickly. Keep yourself within the healthy sodium levels every day by checking nutrition labels and eliminating the use of table salt or other high sodium condiments from your diet.

Just as important as keeping sodium levels within the recommended guidelines is insuring that you get enough sodium. This shouldn’t be a problem for the typical American, but when dieting it can become an issue. Low sodium levels can cause headache, nausea, vomiting, seizures, fatigue and muscle spasms. This can be caused by drinking water well above the recommended daily intake of 64 ounces. Don’t consume too much water and keep your sodium intake above 500 mg per day and you should be just fine. Those that eat natural, unprocessed foods, maintain a physically active lifestyle, and consume large amounts of water are at the greatest risk. If that’s you, it might be a good idea to keep an eye on your sodium intake for a while just in case.

Sodium is important for the body to function normally, making it very important to monitor as a part of your overall health and weight loss program. Healthy sodium levels will help you feel your best so that you can give weight loss everything you’ve got.