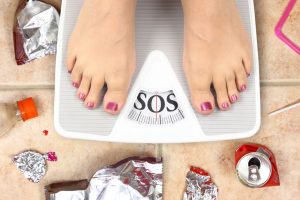 Have you been diagnosed as obese? Have you felt stigmatized and dehumanized? It turns out that you certainly aren’t alone. In fact, research has now shown that individuals who are obese experience these negative feelings more often than most people realize. Keep reading to learn about this important topic involving obesity patients.

How the Study Was Conducted

In a new study, experts had 1,500 people from the United States, the United Kingdom, and India fill out an online survey that would evaluate how they felt about people who were obese. According to Science Daily, when they took the survey, the participants also had their BMI recorded so that the researchers could more easily determine if they could predict discrimination against obese patients amongst those who are not obese.

What Were the Results of the Research?

It is very sad, but true, that the participants in the study, on average, gave a rating of “less evolved” for obesity patients. To be clearer, the participants in the study put obese people roughly 10 points below individuals who were not obese, in terms of how evolved they are, clearly indicating that obesity patients are, indeed, dehumanized. And, what’s worse is that the participants who were thinner tended to do the most discriminating, even though the dehumanization was also apparent amongst those who were technically classified as obese or overweight themselves.

Beyond just being mean, individuals who look down upon obese patients are also more likely to end up backing health policies that discriminate against others based on how much they weigh. It all boils down to those who aren’t obese thinking that those who are obese are “less human.”

New Insight into How Obesity Patients Must Feel

What this research is showing us is that obese people are looked down upon and discriminated against. It is important to take this new information and use it to bring about positive changes so that people who are overweight and obese won’t need to feel stigmatized and dehumanized anymore. After all, we’re all humans, and we’re all equal, regardless of our size, so we should all be treated with respect.

Do you find yourself looking down negatively upon those who are overweight or obese? Perhaps it is time to reframe the way that you view others. And, it is definitely time for society to implement positive changes and policies that are geared towards accepting those who struggle with their weight. With the right support systems in place, those who are overweight or obese can get the help that they need to tackle their weight problems. In the meantime, more compassion and understanding is definitely necessary.