Research recently performed on leptin, a hormone produced by fat cells and has some control over hunger, has demonstrated that it may be a significant factor in terms of weight loss, body weight regulation, and appetite. For this reason, leptin has become a target of a great deal of research in terms of managing obesity and efforts to reduce the risk and the number of cases of heart disease, diabetes, and several forms of cancers – all of which are more common in obese individuals. 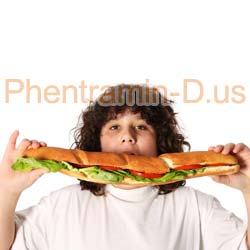 People who have leptin resistance may have a more difficult time controlling hunger and appetite.

Leptin was first identified in 1995. Leptin itself is a hormone that is produced and released by fat cells themselves. When released, leptin travels to the brain where it tells the body if more or less nutrients are needed. In people who are overweight or obese, leptin levels in the body are very high and vice versa is true for people who are underweight.
Appetite, weight loss and weight gain are all impacted by the hormone leptin. Similar to insulin levels, leptin levels also fluctuate as you eat, rising immediately before a meal and falling when you’ve eaten your fill. When the body is responding normally to leptin these fluctuations will let you know when you have eaten enough.
This knowledge is very interesting to scientists who are now looking for ways to manipulate the leptin to help people – especially those who suffer from obesity – to lose weight more easily and then not put it back on again. Scientists know that leptin is released by the fat cells in order to tell the brain how much fat the body is carrying. The leptin leaves the fat cells and travels to the hypothalamus portion of the brain that is responsible for your appetite. It has also been determined that when a person’s leptin signaling is defective, overeating, obesity, and a drop in energy output are almost always the case.
Usually, when leptin levels are high, the brain will tell the body not to be hungry anymore and to stop eating. However, since obesity isn’t caused by an absence of leptin, but is instead the body’s lack of response to leptin is believed that people who are obese actually have a larger number of leptin-producing fat cells and cells that are larger in size than people who are thinner. Because of this, the leptin levels of obese people will increase significantly as they gain every pound of weight and the body will become less sensitive to its effects, thus leptin resistance is developed.
Overweight and obese people whose leptin levels are chronically high have an increased risk of developing leptin resistance. This is because their bodies will begin to ignore the presence of leptin, which would normally reduce appetite. When their bodies become desensitized, or resistant, to leptin overeating is much more likely to occur. It is for this reason that leptin resistance may prevent weight loss in some people.