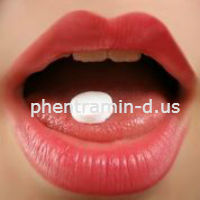 Do birth control pills affect weight in a significant way?

Why Birth Control Pills Are Infamous for Causing Weight Gain?

The question still remains: How did the rumor that birth control pills affect weight make its way to the general public? Some portion of it could lead back to the myths surrounding hormones, which are repeatedly blamed for just about everything, from mood disorders to breast tenderness. Moreover, the most influential factor in spreading this misinformation is the pill packets themselves.

Since most oral contraceptive labels identify weight gain as one of the most common side-effects, why wouldn’t everyone believe that weight gain is a negative effect of the pill? The truth of the matter is that the warning signs on the label are not always reliable. In some cases, they are merely there to highlight side effects that were reported in clinical trials. Test subjects are questioned about any symptoms they observed during the study, and the reasons that turn up most frequently may wind up being listed as side effects without any substantial evidence that they were due to the medication alone and not to other factors.

However, the current birth control pills have lower levels of hormones, making such birth control the most successful way of planning a family, if used correctly.