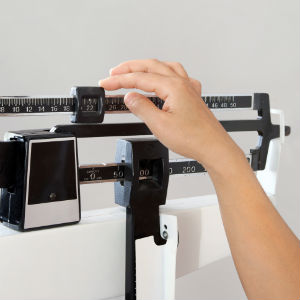 Cosmopolitan recently published an article that sparked a tremendous amount of controversy over social media, particularly over Twitter. The article was printed with the title “How This Woman Lost 44 Pounds Without Any Exercise.” While that sounds pretty standard for that magazine, the story came with an unexpected twist.

The article focused on a mother from Australia named Simone Harbinson. The 31 year old experienced a tremendous number of health concerns which included appendix cancer. She underwent surgeries for that illness and fell victim to a number of complications as a result.

Harbinson sought comfort in food and gained 35 pounds from the point that she was diagnosed with cancer. After having gained the weight, she knew she wanted to lose it but because of her health, she was unable to exercise as she would have needed to.

Instead, Harbinson focused her energy on following a nutrition program and preparing her meals. In this way, she managed to lose 44 pounds. She also reported having undergone a “transformation” both physically and mentally. The magazine was attempting to tell an inspiring story based on positivity.

However, the purpose of the story did not translate well to readers. Social media exploded with criticism from having created a title that looked like a weight loss story only to discover that it was about a cancer patient who had lost weight.

Matthew Cherry, a former NFL player, tweeted “Cancer is not a diet plan. Delete this.” It’s unclear as to whether or not Cherry was among the many people who misunderstood the article, having believed that the weight loss was the outcome of Harbinson having had cancer. Social media was alive with similar criticism as thousands of posts were made, shared and liked.

That said, there were a number of people who did understand the story and who decided to help Cosmopolitan with its mistake. They felt that the main issue was that the title of the story was misleading. Cosmo listened and created a new title for the article. It is now called “A Serious Health Scare Helped Me Love My Body More Than Ever.”

Furthermore, Page Six reported that a line that had been in the original copy was deleted. That line had read “Simone’s weight loss success is proof that ANYONE can lose weight without breaking a sweat simply by eating more mindfully—no gym required.”
Since then, the heat from social media seems to be fading away.

weight loss
About the author