Do You Avoid Talking to Your Doctor About Weight? You’re Not Alone 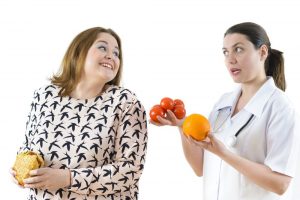 Do you tend to shy away from talking to your doctor about weight? Well, you certainly aren’t alone. It turns out that doctors who end up lecturing their patients about being obese or overweight are causing those same patients to avoid getting the care that they need. Plus, it can lead to delayed diagnoses as well, according to ABC.

If you’re afraid of seeing your physician and talking to your doctor about weight, continue reading to learn about why you might be doing more harm than good to your own body by avoiding these important conversations.

Seeing Your Doctor Might Lead to the Talk About Weight

Many patients complain that their doctors end up lecturing them on their weight, even during a visit that isn’t about their weight at all. They might be at their doctor’s office for an unrelated health problem, but they will end up being told that they are overweight or obese. That can make them feel terrible about themselves, as well as dissuade them from every seeing the doctor for other health concerns.

Basically, those patients can feel as though they are being discriminated against, and because they already know that they are overweight, they really don’t need to be reminded by their doctor. When this happens, and when they end up avoiding the doctor as much as possible, they delay getting the treatments that they need for various ailments, including their unhealthy weight.

Ultimately, talking to your doctor about weight shouldn’t be intimidating. It is up to doctors to begin changing the way that they approach talks about weight with their patients. However, it is also up to patients to know that they should be able to openly discuss their weight with their physicians as well. If your doctor isn’t willing to talk to you in a way that makes you feel comfortable, and in a way that makes you feel empowered about taking control of your weight and health, consider switching to someone who does.