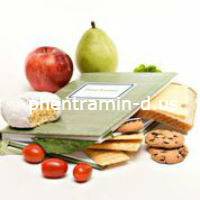 Health authorities have been making recommendations for following a low-fat diet for decades. They have been telling people that this is the best way to not only lose weight, but also achieve better overall health. However, studies conducted over the last decade are starting to show that following a low-fat diet may not be the perfect path that it was once believed to be.

For several years, guidelines for a low-fat diet indicated that saturated fat was one of the primary causes of heart disease and that by greatly reducing dietary fats, people can healthfully lose weight. This belief was widespread to the degree that the majority of the medical community was advising patients based on those concepts.

It lead many large and reputable health organizations to step away from full-fat dairy products, eggs and meat while giving preference to legumes, whole grains, fruits and vegetables. Unfortunately, all those beliefs and guidelines were based on a foundation of weak evidence and were maintained despite the objections of many scientists.

Statistics have shown that since the popularity of low-fat dieting first took off, obesity has also climbed throughout the United States and many other countries in which the concept was recommended. Moreover, throughout that time, one high quality study after the next has shown that there isn’t actually any real relationship between saturated fat consumption and cardiovascular disease. Oddly, the guidelines have remained the same, even though the bottom has dropped out of the scientific evidence upon which they were based.

Therefore, while it may be considered wise to reduce a daily fat intake as a part of an overall effort to rein in your calorie consumption as a whole, fat shouldn’t necessarily be considered the only culprit behind weight gain.

Fat does contain a larger number of calories per gram than protein and carbs, which is why it should be limited, but it also contains a number of properties that actually promote a healthy body that is better able to efficiently lose weight.

More recent research is pointing to the importance of reducing refined carbs and sugars for effective, healthful weight loss. Therefore, it may be important to consider a focus on eating more healthful fats in appropriate amounts, with lean protein and nutrient dense carbs such as whole grains as opposed to the types of refined flour and sugars that are found in most processed foods on today’s grocery store shelves.